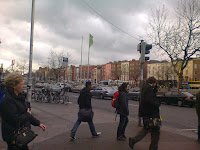 Early in the January 2011 me and my family moved to Dublin and I took position as a Senior Software Engineer with AOL. This was a big decision for my family for lots of reasons, and not an easy one to undertake as you can imagine. Anyway, everything that has a beginning, has an end, and this time the end was not so distant... In late 2011 we decided to return to Poland for personal and family reasons. So, after 13 months I'm back at home in Poland. 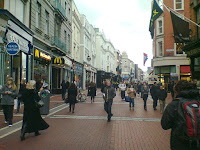 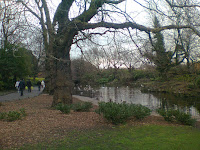 The decision of returning was almost equally difficult to that of leaving one year ago, and my last days in Ireland will be the most memorable ones - last night & last few pints with friends from AOL, lots of good words I heard from co-workers, last walk in the city centre etc. It's these moments you actually realise you're loosing something and leaving it behind...
Anyway, it's time to move on. Let me try to summarize the last 13 months:

Bad things:
That's it, not so many bad things to talk about. Attached are a few photos taken during my last walk in the city centre. Cheers!
at 2:54 AM 1 comment: